How much do you really know about the way your body works? Once high school biology comes and goes, most of us have a decent idea–but there are some things that just don’t come up in sophomore bio! And that’s unfortunate because there are some insanely amazing facts about the human body that just pass us by! We don’t often–or ever–think about every moving part that makes our bodies work, but many of them have some surprising stories to read about.

So check out these fascinating facts about the human body, as provided by Reddit! You won’t believe the little things that your body is capable of, without you ever knowing.

Your eyes are (relatively) safe. 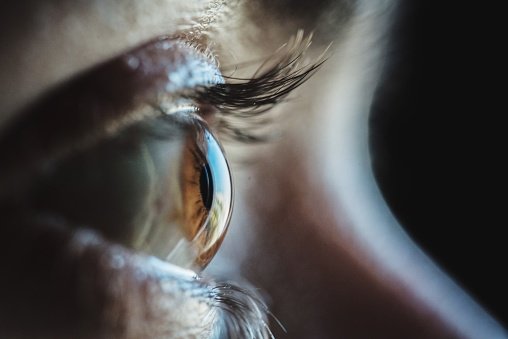 The bone that supports your eyeball, called the orbital floor, is paper-thin and has a large empty cavity, called the maxillary sinus, on the opposite side. When you get hit hard in the eyeball, instead of your eyeball itself rupturing, the bone underneath your eye breaks, which is called an orbital floor fracture. This releases the pressure from the impact and saves your eyeball.

If you crush a beachball against a concrete wall, you can pop it, but if you try to crush it against a styrofoam wall, the wall breaks but the beachball is fine. An amazing evolutionary adaptation to protect your eyesight.–ddsmd

This woman shouldn’t have been able to move. 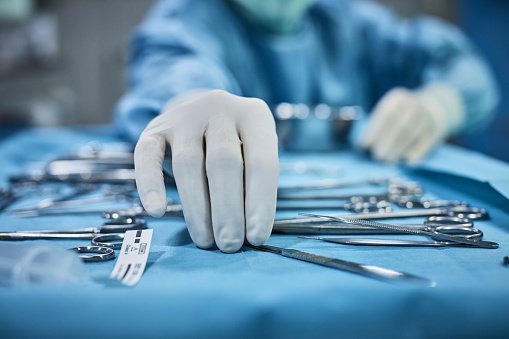 Really late but I discovered this thing during my thesis.

We were researching patients with neurological problems and people who had brain injuries and we found a woman in her 30 that had had part of her brain removed. More specifically the area that activates when you move your body.

Well she was moving and talking with just some minor missteps and theoretically it was not possible, she was paralyzed in the first 3 months after the operation (she was caught in a car accident if I remember correctly).

But brains are insanely powerful, so… 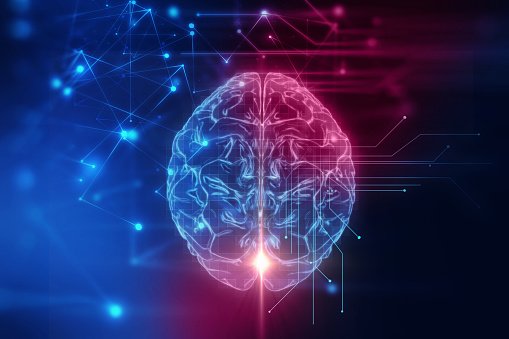 We were trying out a new scanner for the brain and we found out that an area of the brain that wasn’t supposed to work and control the movement was doing just that. The occipital area (usually controls the vision) was now working as a motor control area.

The brain is really amazing… 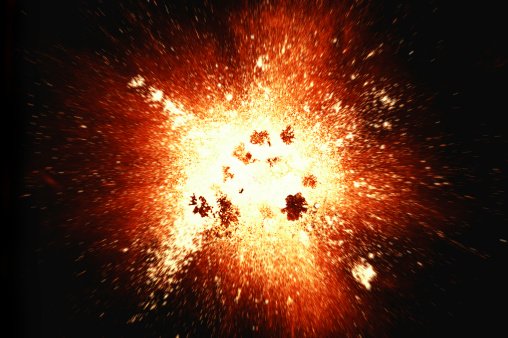 You have enough potassium in your body to create a very small bomb.

Uh…yikes? Suddenly I feel even more flammable than before

There’s such a thing as too many ribs.

Some people are born with extra ribs called cervical ribs which grow from the C7 vertebrae in the neck. It’s a weird and rare mutation that a lot of people don’t even know they have, although it is also a cause of thoracic outlet syndrome, which is where pressure is applied to the nerves, veins, and arteries running into the arms. It can be really painful, and in some rare cases can cause gangrene in the arms. If left untreated it can kill you if you’re really unlucky. (source: I have the non-cervical rib induced variety).

Some people have this reflex and don’t even realize it’s a thing.

We have sensitive noses, but only sometimes!

You know the smell of rain, or disturbed soil? It’s a compound produced by bacteria called Geosmin, and the human nose is extremely sensitive to it. We can smell it at as low a concentration as 5 parts per trillion.

Which organ has mad regeneration powers? 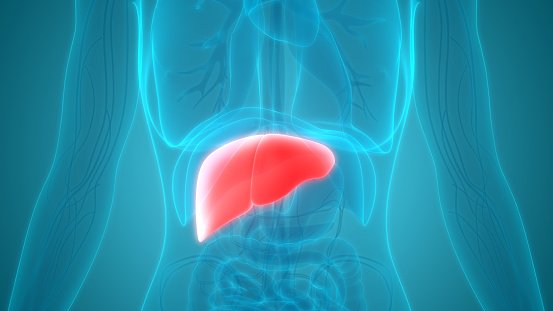 Your liver can regenerate, and much faster than you think. I had a quarter of my liver removed, and a month later it was back.

Another example of the brain’s adaptive abilities:

The dive reflex. When your face is submerged in chilled water and you hold your breath it causes your heart rate to lower and blood supply to be increased to vital organs such as the heart and brain. This is useful to help increase the amount of time you can hold your breath, but is also useful in helping to manage PSVT (paroxysmal super ventricular tachycardia) which is characterized by occasional bouts of high heart rate.

Do YOU have this muscle? 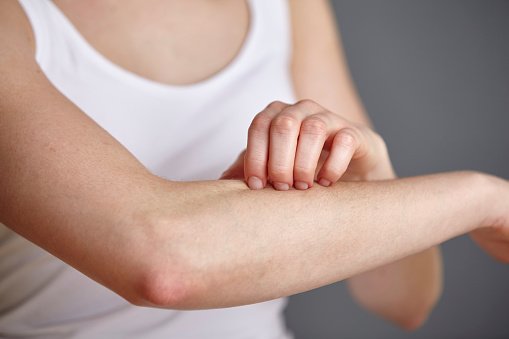 There is a muscle, called palmaris longus, in the forearm missing in about 10% of the population. You can easily test if you have it by putting your pinky and thumb together while holding your palm facing up and flex the hand upwards. If 1 tendon is standing out more than the others that’s palmaris longus.

Mind-blowing info from an archaeologist!

Archaeologist here. You can give birth after you’ve died. Occasionally we will come across a really confronting burial where the skeleton of an unborn child is halfway through its mothers pelvis. Generally what happens is the woman has died before giving birth and after burial a build up of gasses from decomposition forces the baby out. We refer to this as “coffin birth”.

Natural redheads require increased doses of anesthesia, due to some connection with the mutated melanocortin-1 receptor. I’m a natural redhead myself, and developed a fear of dentists because I’d always feel what they were doing!

Eventually, I had an issue that couldn’t be ignored and had to find a new dentist. At my first visit, he took one look at me, and said: “You’re a real redhead, huh?” “Yup.” “(Hygienist), get me 4x the novocaine!” I knew I’d found my man, and he’s been treating me ever since… also shed my fears since dental work is much less unpleasant when you’re actually numb before they start.

There’s a small fishing village/tribe in Asia where the fisherman have evolved to be able to hold their breath for around 10 minutes while hunting underwater.

And here I always thought it was abnormal for one nostril to feel blocked constantly! 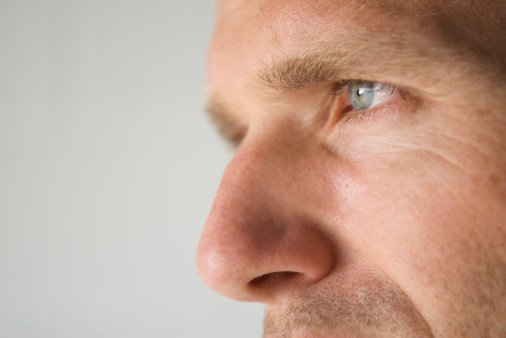 You mostly breathe out of one nostril at a time, and the ‘dominant’ nostril switches every hour or so.

Looks like the planet and its inhabitants are a little out of sync! 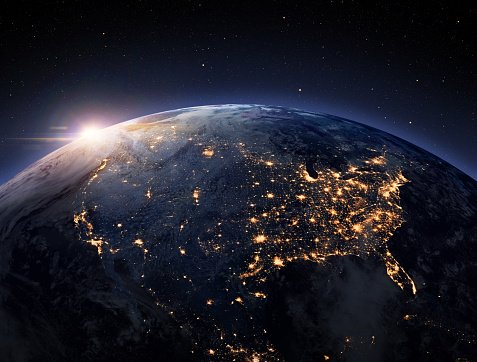 The optimal human circadian rhythm is actually closer to 25 hours than 24 [in experiments depriving people of sunlight & other triggers that maintain your circadian rhythm].

Some people just…don’t need much sleep, and I’m jealous. 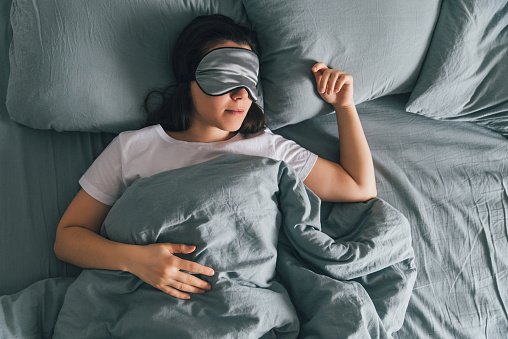 A small percentage of people are “Super Sleepers” and are fully recharged after 2 to 4 hours of sleep each night. They get to burn the candle at both ends!

Your thumb has a name.

Scientific name for your thumb is “Pollex” and your big toe is “Hallux”.

Not just yours, everybody’s.

Your body is always fighting! 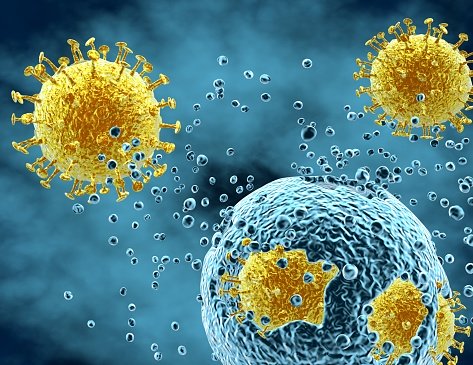 The war that’s constantly happening inside of you.

Everyone knows about your immune system but the sheer complexity of it is amazing. Like, your body has neutrophils which are like the generic white blood cell that constantly goes around your blood vessels seeking out foreign objects, but did you know there are cells called macrophages which are like way better neutrophils in the fact that neutrophils mostly swallow bacteria to kill them, macrophages do this too except they can swallow close to 100.

You have stuff like dendritic cells whose main goal is to be an early warning system, they swallow an invader then carry a piece of it back to T cells to activate them. Once they’re activated, T cells swarm that specific invader and kill anything that has that antigen.

I didn’t even name close to all of the cells that are doing constant battle inside of you 24/7 365 days a year. So next time you have the flu or an infection, think of the little guys inside you who gladly fight the good fight.

Know how you always sleep lighter away from home? 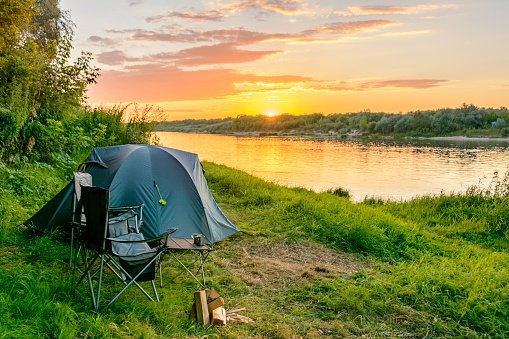 When were in an unfamiliar environment we sleep with half our brain at a time kinda like sharks and that’s why we wake up easier.

According to some parts of the body, your eyes don’t exist. 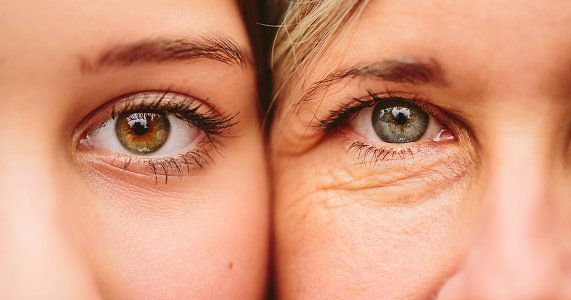 Eye immune privilege: Your immune system doesn’t know your eyes exist. There’s a chance that if you get an eye injury or an infection near your eyes the immune system will think your eyes are a foreign body and you’ll go blind.

Babies should watch their knees! 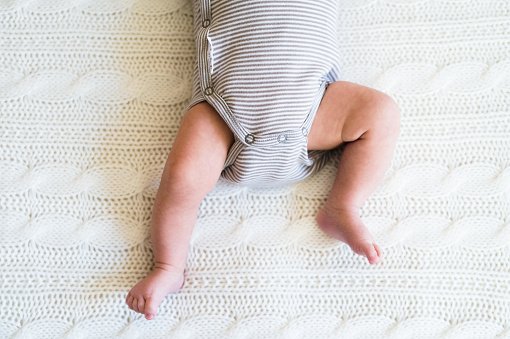 Babies are born without kneecaps, they develop around 2 years. They have a cartilage-like thing that protects the knees in the meantime.

Hands and feet are BONY. 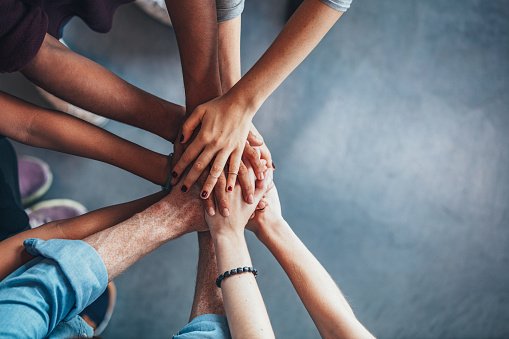 Your hands and feet alone account for more than half of all the bones in your body (106/206). 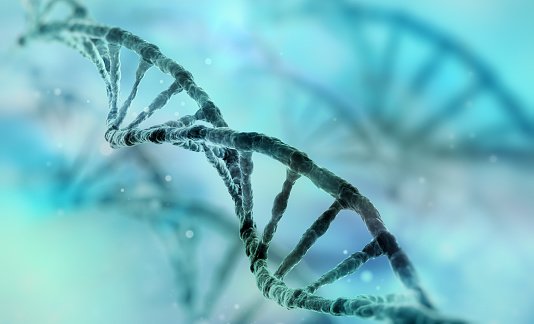 Apparently some peoples in Asia have a bunch of DNA from Denisovans — another hominid people coexisted and interbred with.

This world has superhumans, basically!

They are, for all intents and purposes, super-human. 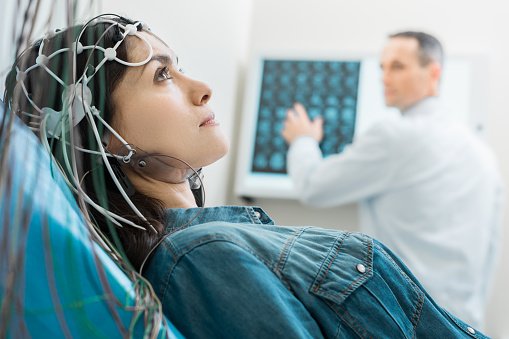 Cutting the corpus callosum ( connects two brain hemispheres) can produce some freaky results. Such as your hand doing stuff that your conscious mind isn’t aware of, writing a sentence or scratching an itch without knowing for instance.

We don’t think about it a lot, but human vitality is impressive. 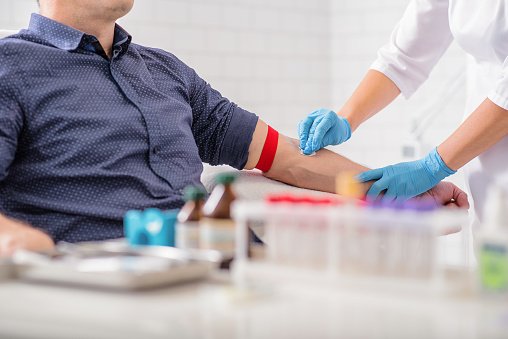 Vitality. You’d be surprised how much blood you can lose and fully recover reasonably quickly. 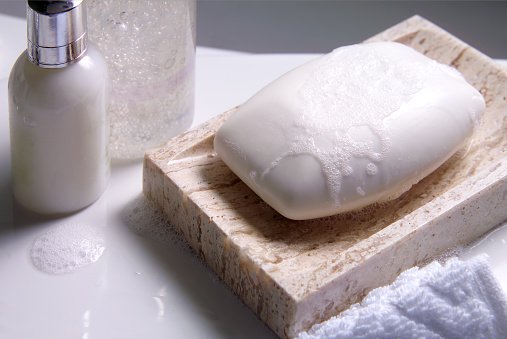 About to exercise? Your body is more ready than you think. 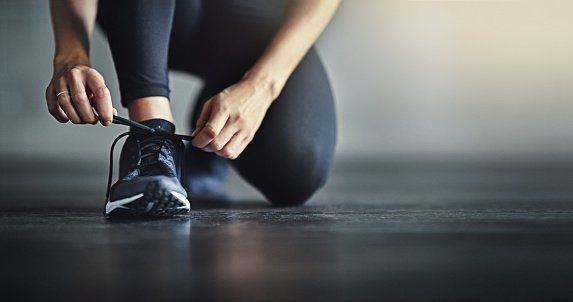 Your heart rate increases about a minute before partaking in exercise. It is known as the anticipatory rise and happens involuntarily. 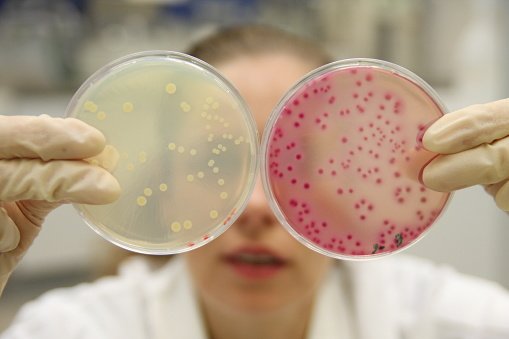 We are, by cell numbers, more bacteria than human.

Here’s what sunburn REALLY is. 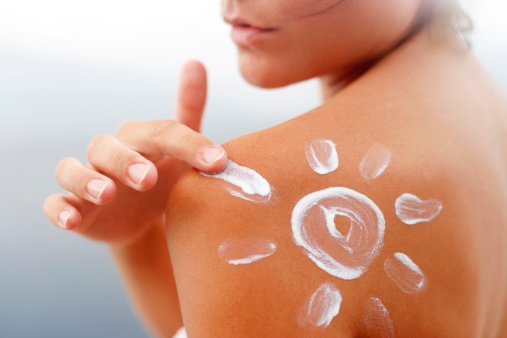 When we get sunburn, that’s not the heat of the sun that’s hurting us most of the time, but it’s little skin cells killing themselves to protect us from skin cancer.

Not so cool if I think about it.

We all have hidden strengths…

We have an internal regulator that prevents us from using our full strength. Or muscles usually only work at about 60% max of what we are capable of.

In extreme life and death situations these regulators stop and we are able to use our full strength. This is where stories of people tipping over cars and similar come from.

These regulators are because at full strengh we heavily damage our bodies. Essentially, you could lift something to the point where it is either lifted or your arm just breaks instead. I believe there has also been someone who ran so hard his leg broke.

Note to self: measure height in the mornings only.

You’re taller in the morning than the rest of the day/night.

During the day the cartilage in our knees and other areas slowly compress, but when you go to sleep and rest the cartilage goes back to normal. On average we are about 1cm taller the morning than in the evening. 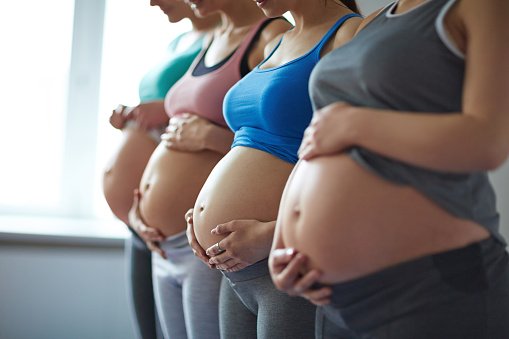 Women are actually programmed to forget the pain of childbirth after a few months or so. If this didn’t happen, most women would only end up having one child, which would eventually lower the population.