Sometimes the best things happen when we least expect them to. Nowhere is this more obvious than in the well-timed photos online that capture the perfect moment.

Here’s just a small collection of the best perfectly timed pictures – pictures taken at the right moment that are guaranteed to make you look twice.

Have you ever experienced an amazing moment of photo luck?

Sometimes the water parts and you get a split second opportunity for a perfect picture. There’s no way you could ever replicate an effect like this. 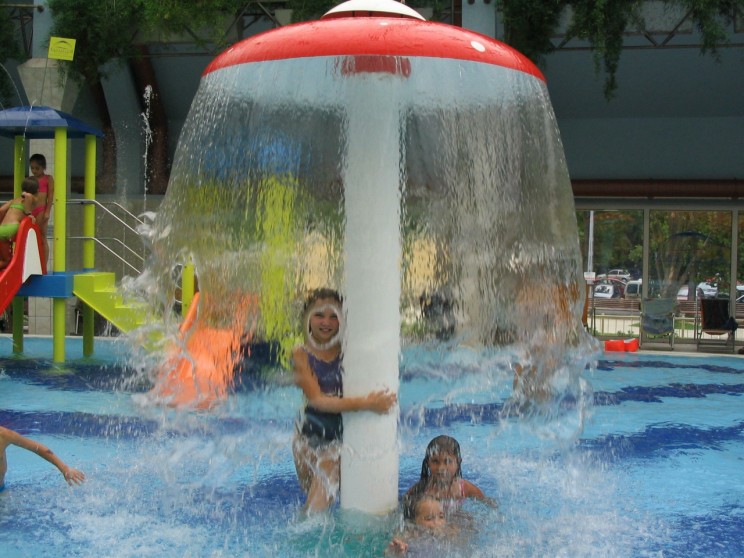 This is a true masterclass in composition. A perfectly-timed photo that just gets funnier the more you look at it. The best illusions are the unintentional ones. 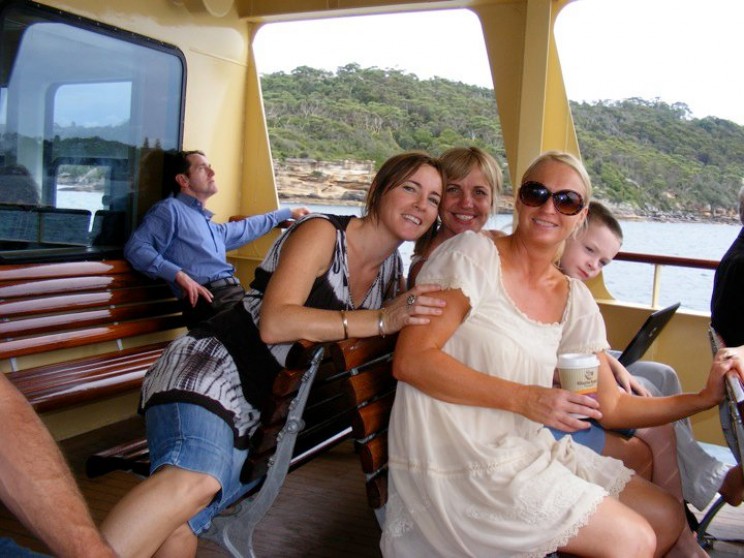 Why wear an eye mask when you can just cover yourself with a magazine? This hilarious well-timed photo is all the funnier knowing that the subject is totally unaware of what’s going on. 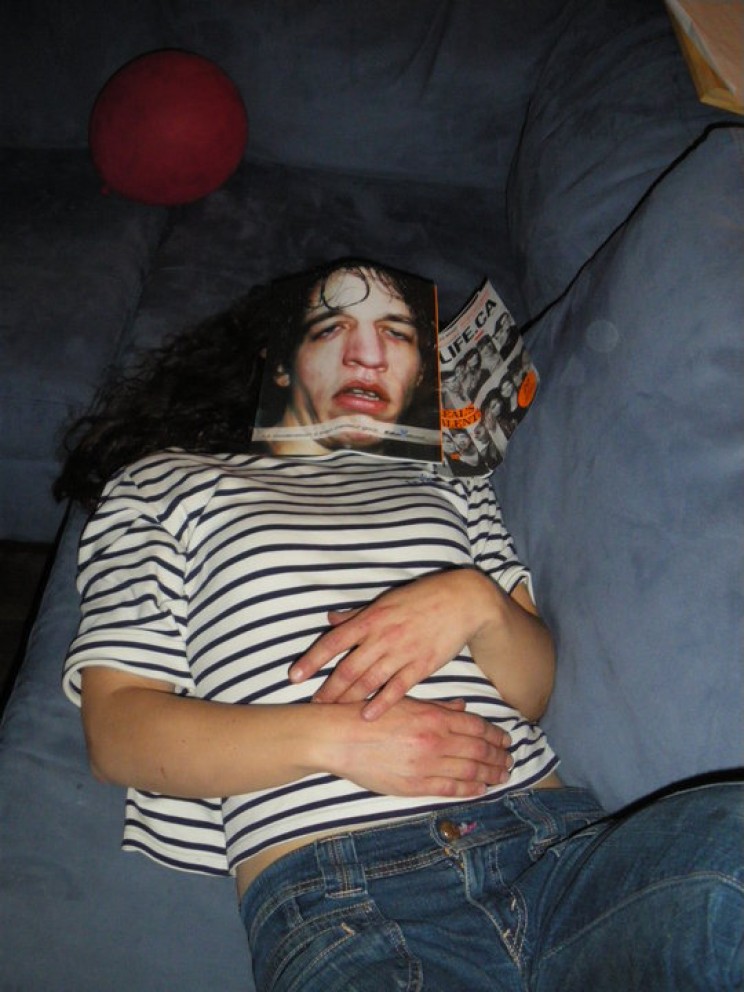 4. Fly, Puppy, Fly!: Lifting Off With the Power of Good Timing

Is it a bird? Is it a plane? Nah, it’s just a really well-timed moment between a dog and a seagull. Thanks to some perfectly-timed photography skills, we caught a glimpse of an adorable hybrid creature. 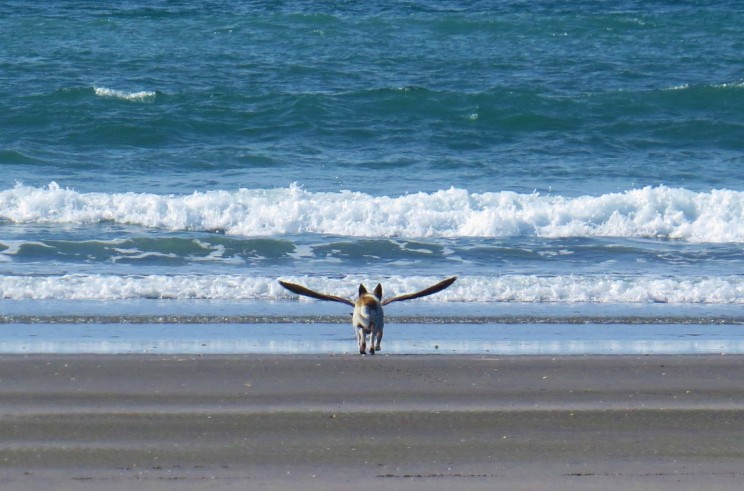 5. Mine!: Guarding Your Food At the Beach Is A Must

Picture this: You’re enjoying a beautiful day out at the beach, snapping a quick ‘gram of your delicious ice cream cone, when suddenly a greedy gull comes out of nowhere. Sure, your ice cream is ruined, but you’ve got yourself one of the best pictures of all time. 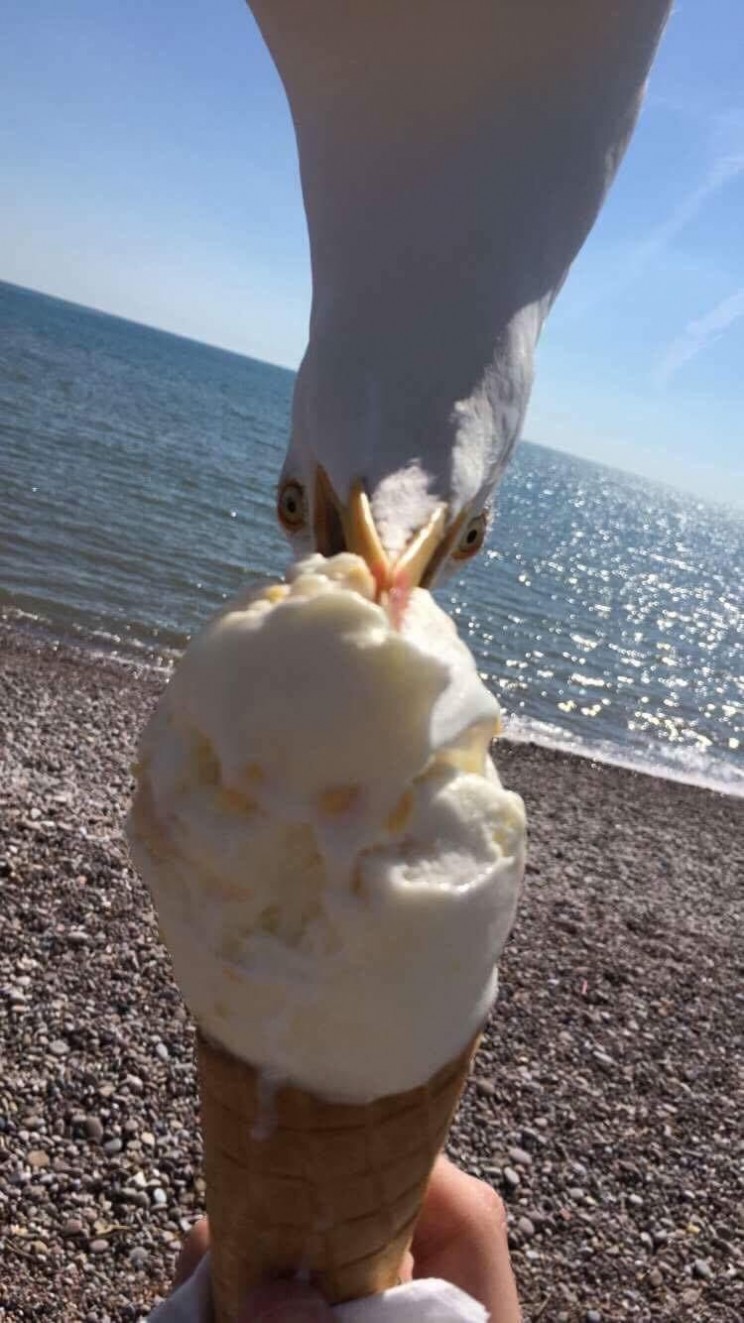 Nobody’s perfect, and that’s true of parents too. Luckily, most of us don’t have photographic evidence of our awkward parenting moments. This perfectly timed photo is one that they won’t live down any time soon. 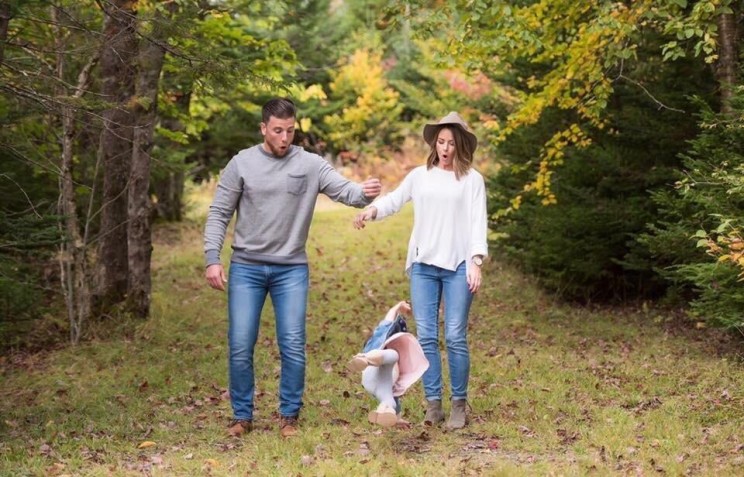 Some of the best and most perfectly timed pictures capture a moment when everything goes wrong. Like the panic you feel when your bag of groceries suddenly splits, sending your food cascading down the stairs. 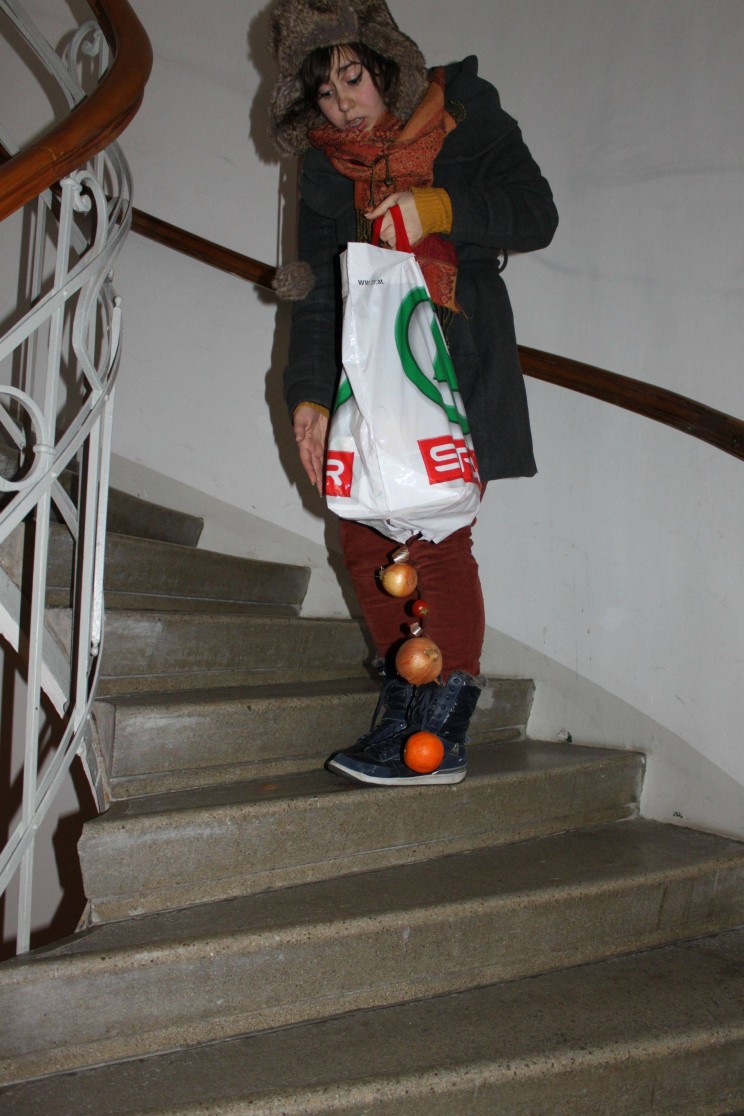 8. Heads Up: Photographing Our Most Painful Moments

Life comes at you fast. As fast as a basketball to the face. If you’re lucky, someone will snap a picture at the exact right moment so you can remember the pain, embarrassment, and humor of the moment. 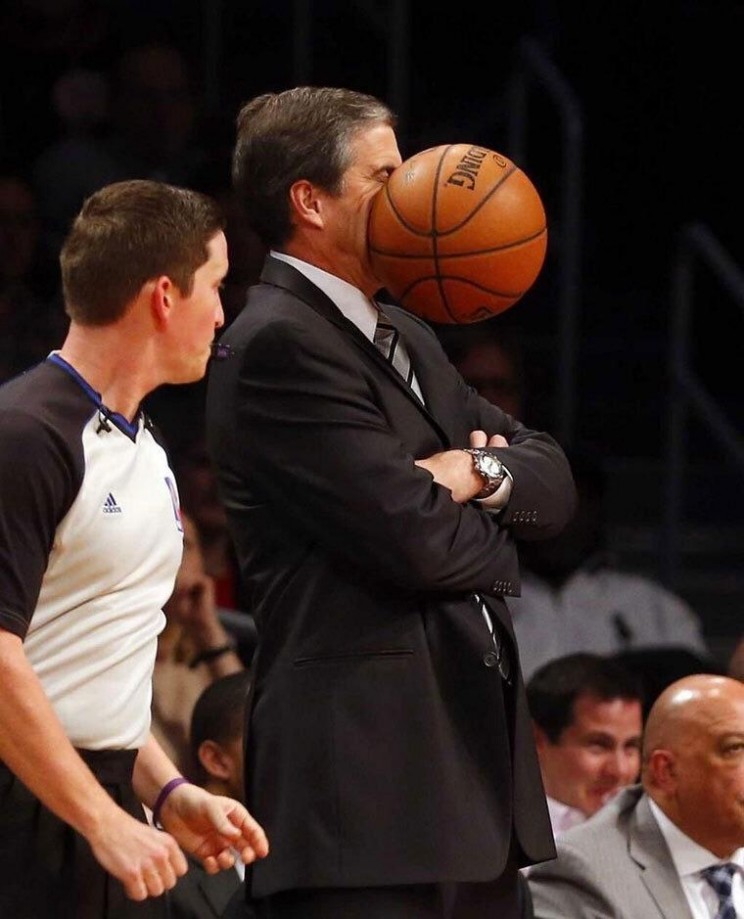 Weddings are always memorable affairs, but some come with crazier stories than others. You’ll never forget the guy who fell from the clouds on your wedding day, and if you are lucky somebody will have captured the moment at the perfect time. Wedding photos don’t get funnier than this. 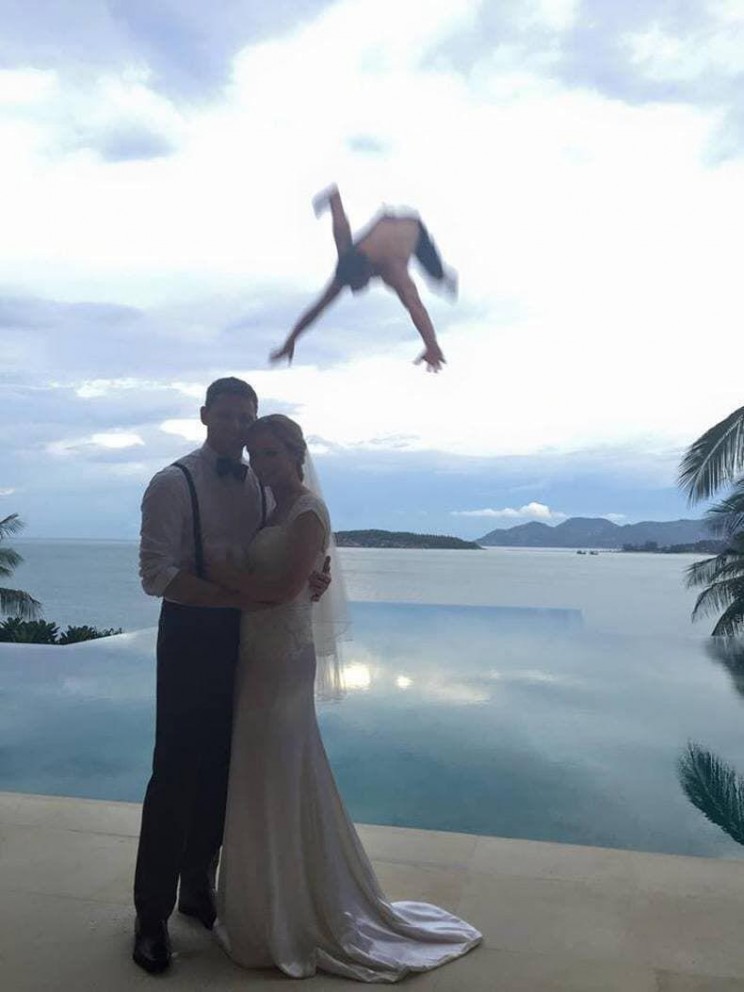 10. Don’t Feed the Animals: Snacking On Visitors At the Aquarium

Certain animals don’t look scary until you see them trying to wrap their jaws around the head of a toddler. This perfectly-timed photo proves that any animal can be scary under the right circumstances. 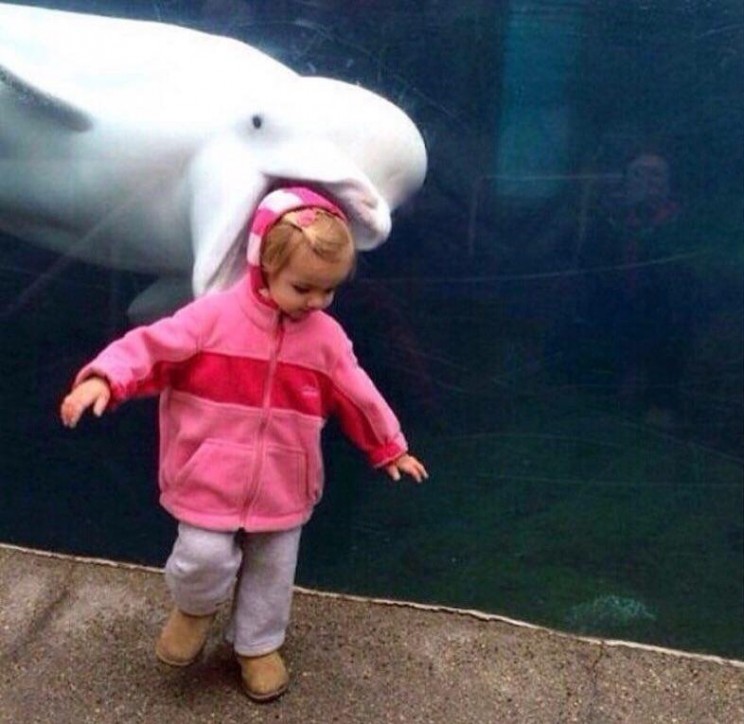 11. Bee-zilla: Buzzing Across the Countryside

Perspective is a hell of a thing. It can transform an everyday honeybee into an enormous monster, ready to attack the nearest town. When this photogenic bee flew into shot, the photographer was able to capture a perfectly-timed photo with a hilarious optical illusion. 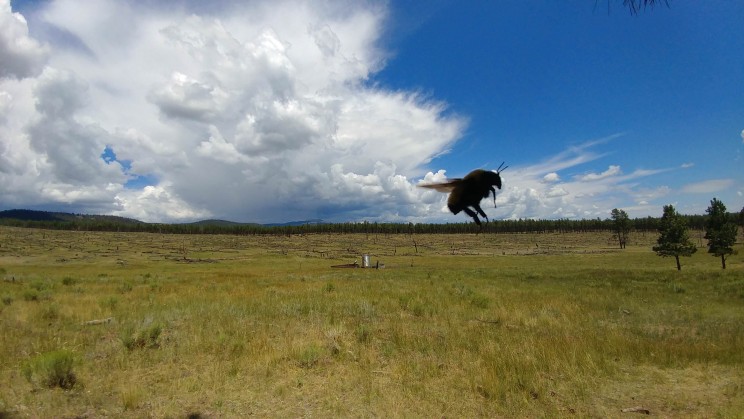 12. A Real Mouthful: Grabbing A Quick Bite To Eat

It’s not everyday you see a bird jump out of the water, stuffing itself with an enormous fish. This amazing moment shows the blink-and-you’ll-miss-it excitement of the natural world, in all its crazy glory. 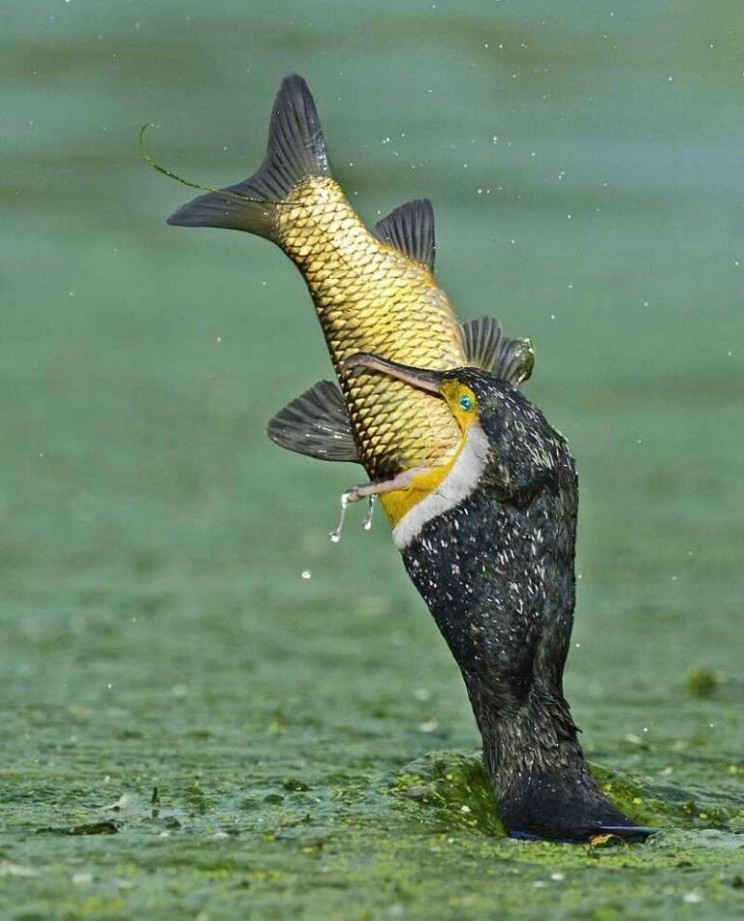 13. Where Babies Come From: Dropping Deliveries From the Stork

Maybe your parents weren’t lying when they said babies were brought to families by a stork. It’s maybe not the most efficient way to reproduce, but the baby certainly seems happy. 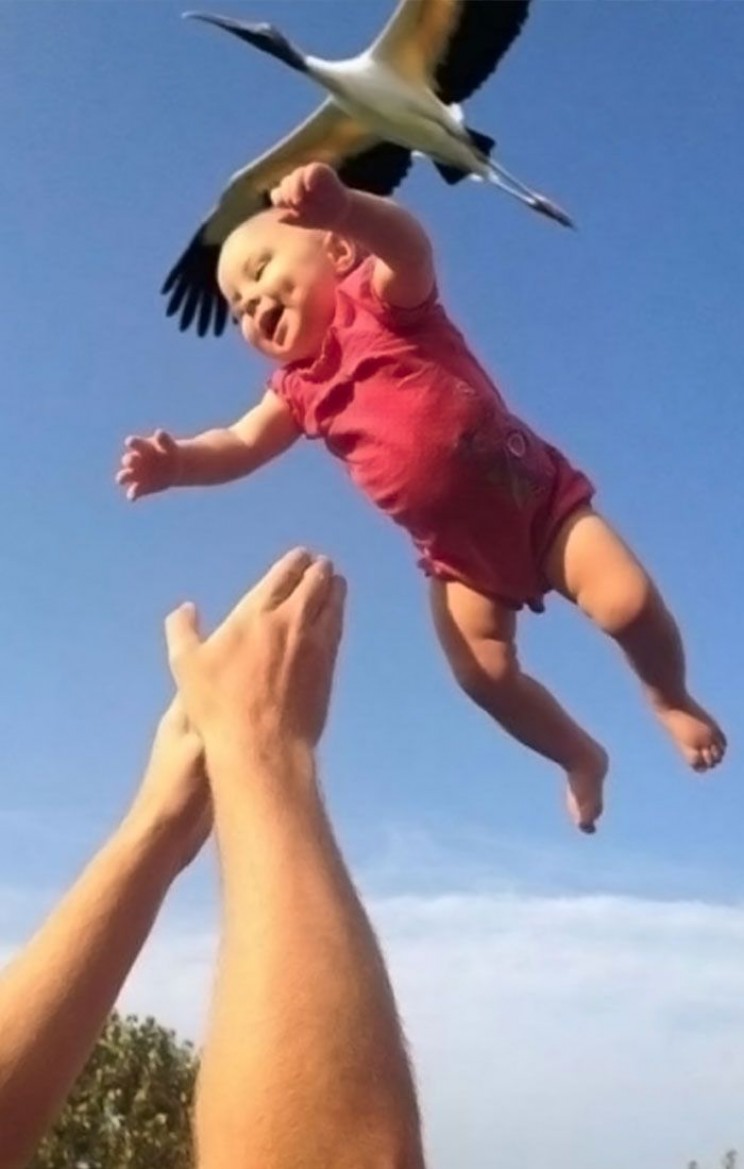 If you’ve ever wondered if we live in a simulation, this perfectly timed shot would suggest that we do. Just look at that glitching penguin. Maybe there’s a tech support number we can call… 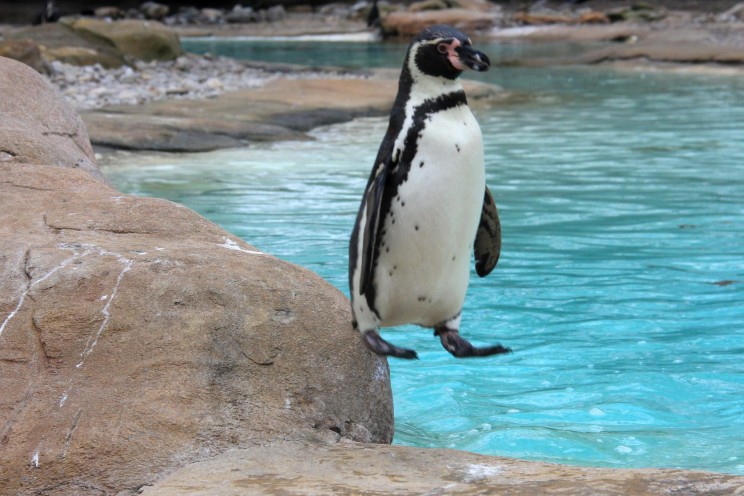 Every so often, real life and TV align perfectly. Like when this photographer captured the moment when a character onscreen started eating the pet cat. Thankfully, the cat was not harmed. 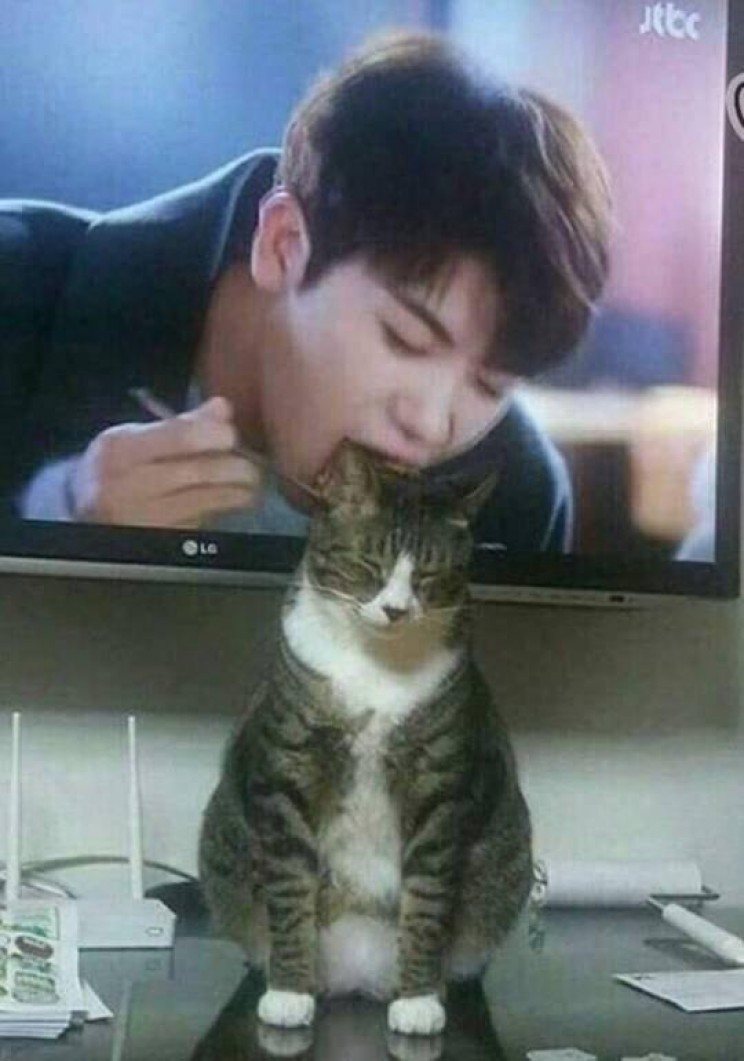 16. Pay Attention: Photographing the Moment Before It All Went Wrong

Some pictures show a moment before all hell breaks loose. Too bad you can’t warn the guy in this perfectly timed picture of what’s about to happen. What a waste of wine. 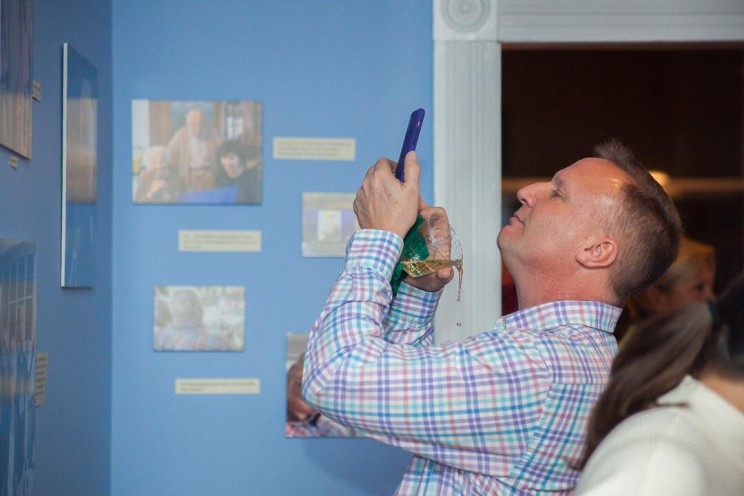 Forget to wear a hat? Don’t worry, just stand in front of someone with a cap and bam! You’ve got your own, teeny, tiny cap. The magic of photography! 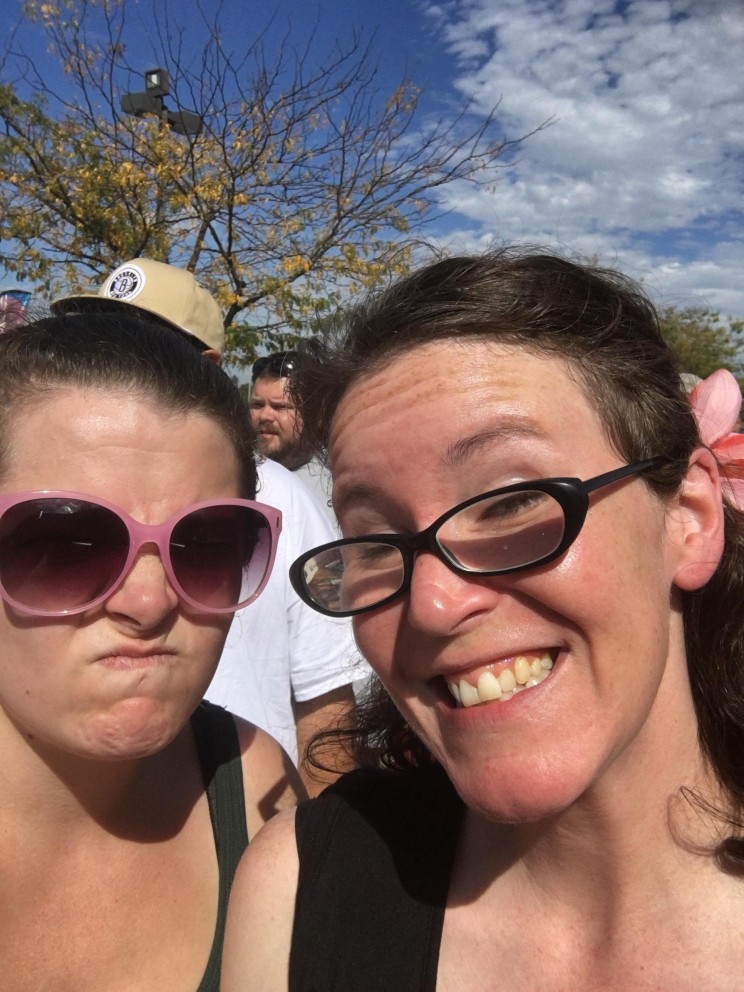 18. So Majestic: Posing For the Camera 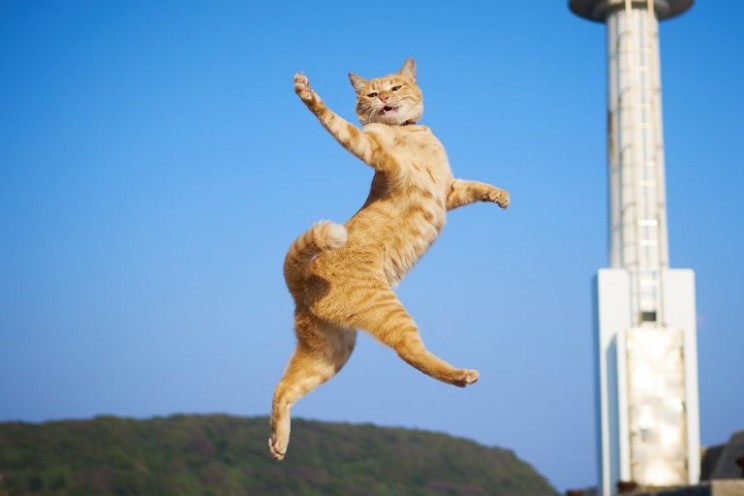 19. Bride of the Owl: Flying Perfectly Into Frame

This isn’t the tale of the forbidden love between a woman and an owl-man. This is just a perfectly-timed picture of an owl photobombing a lovely wedding. Go home, owl, this isn’t your big day. 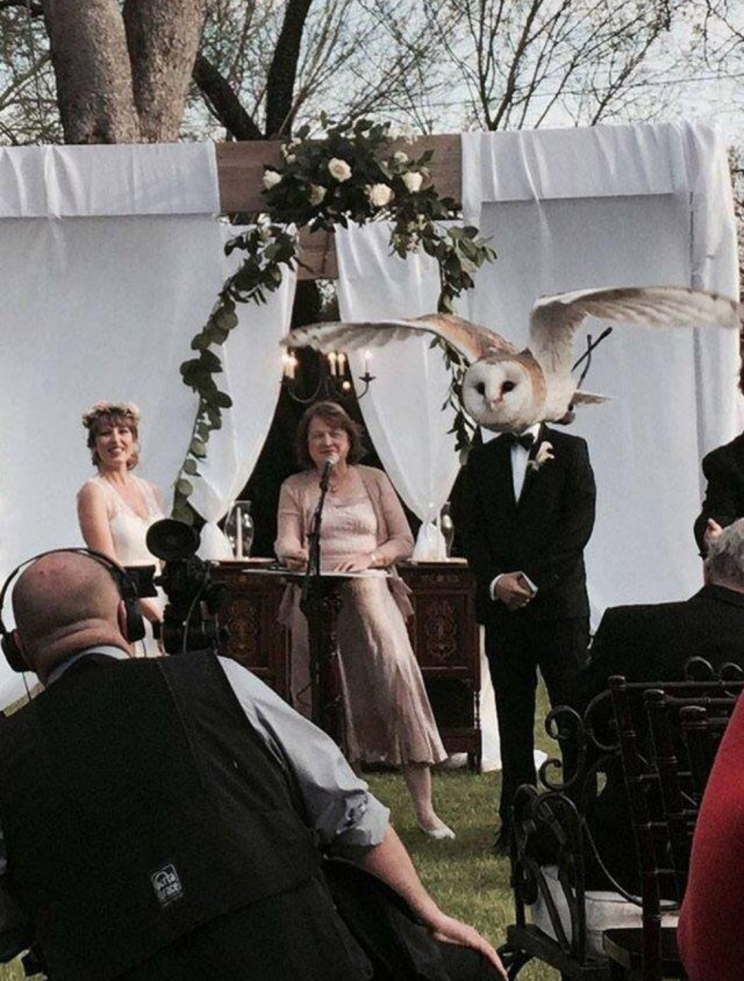 20. Eagle-Eyed: Becoming A Bird of Prey

This is one of the most majestic and well-timed photos you’re ever likely to see. The colors, the composition, and timing all make for an incredible image that you won’t forget in a hurry. 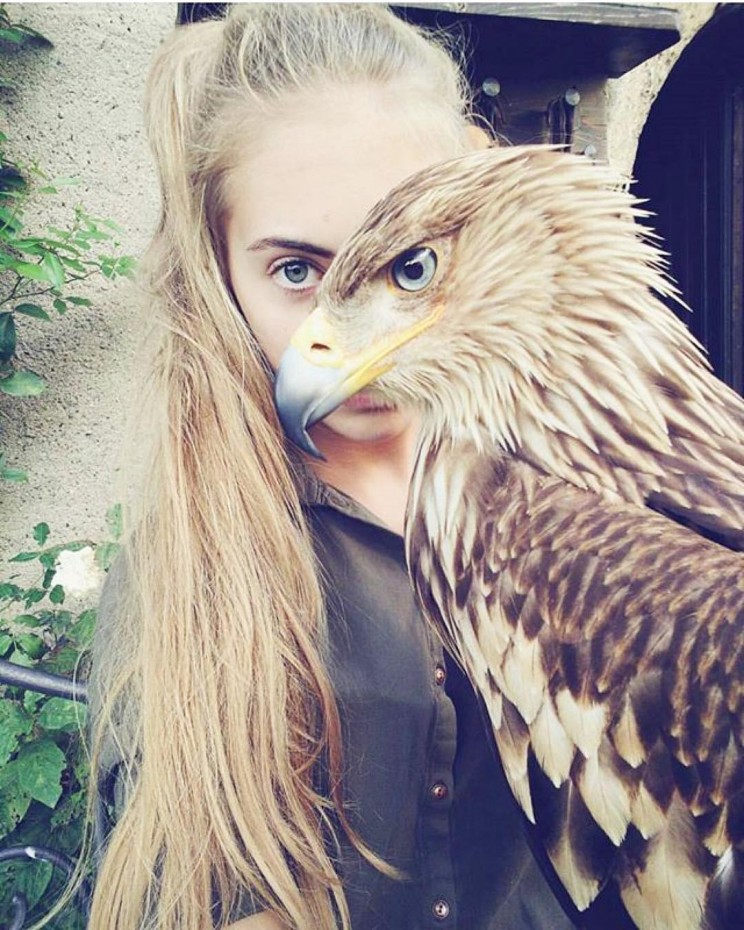 This is no solar eclipse. It’s just the result of a perfectly-timed photo, taken at the exact moment when the ball was obscuring the sun. We still don’t recommend looking directly at the sun when eclipsed by a basketball though. 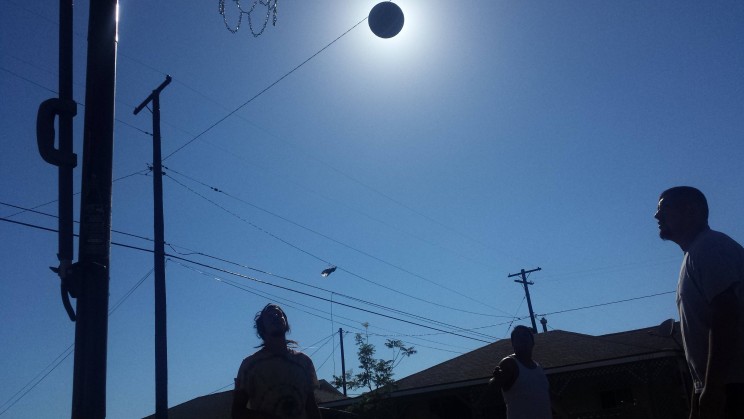 22. Jesus Is With You: Photoboming Taken to the Extreme

This couple could never have anticipated how perfect their vacation selfie would turn out. This guy who stood in front of the statue of Jesus just happened to bear a striking resemblance himself, making this one of the greatest photobombs ever captured on camera. 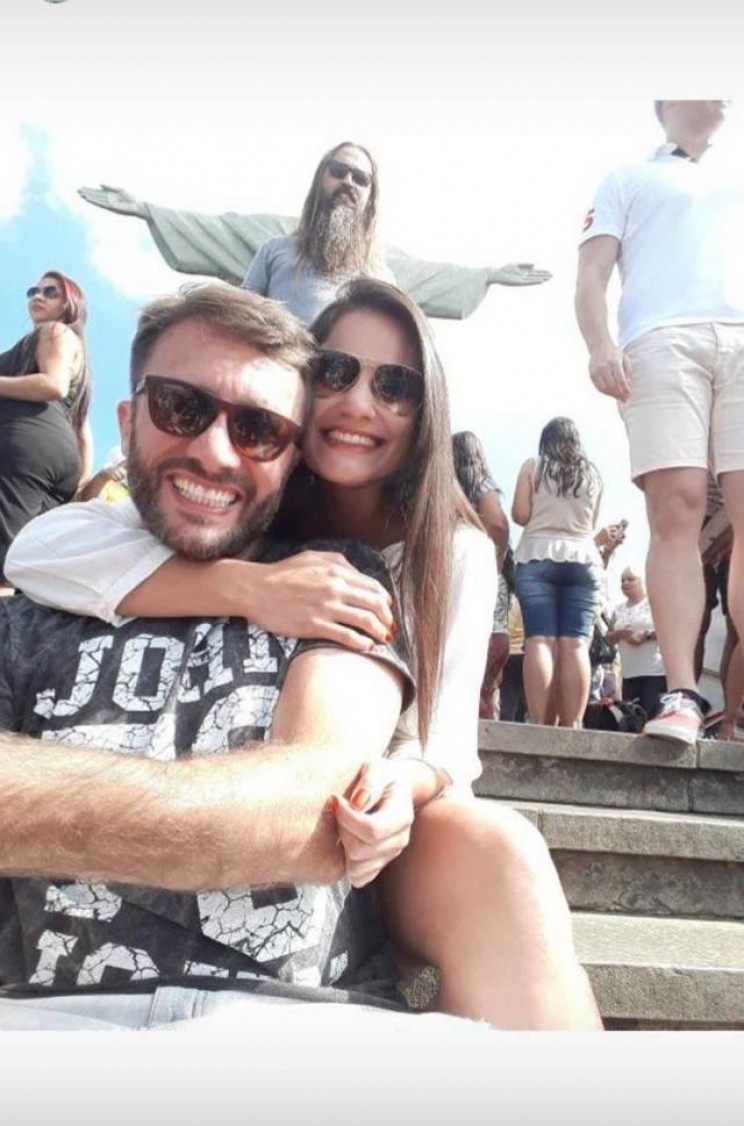 23. A Real Head-Scratcher: Figuring Out Where the Baby’s Head Is

This well-timed picture will have you scratching your head. There are two bodies, but can you tell where one head ends and the other begins? Once you see it, you can’t unsee it. 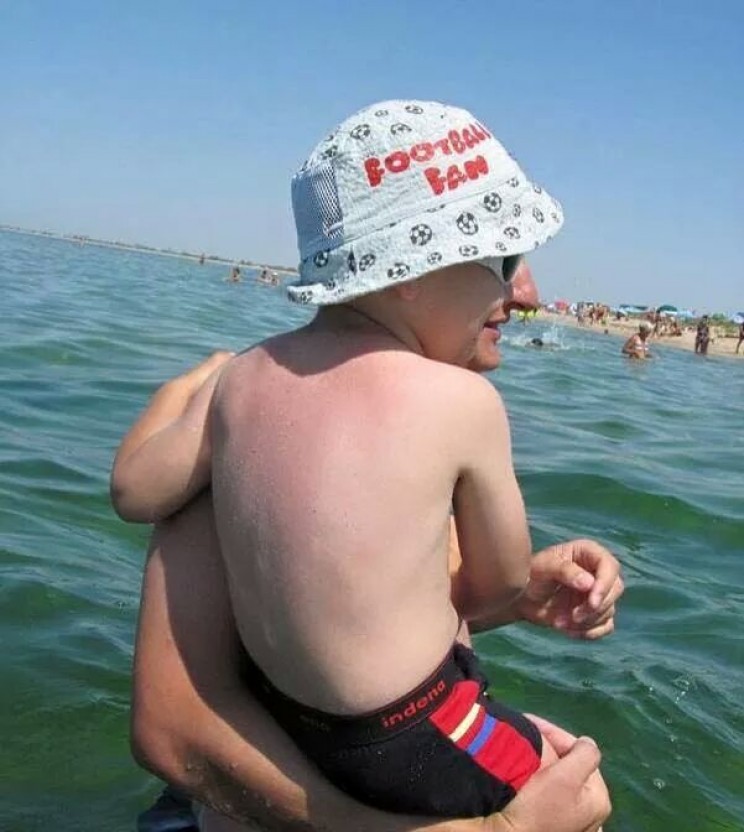 24. The Sunshine Kid: Making the Sun Wear a Sunhat

This adorable pic makes the sun look like a little cowboy. The well-timed photo turns an otherwise everyday image of leaves back-lit by the sun into a fun little story unto itself. 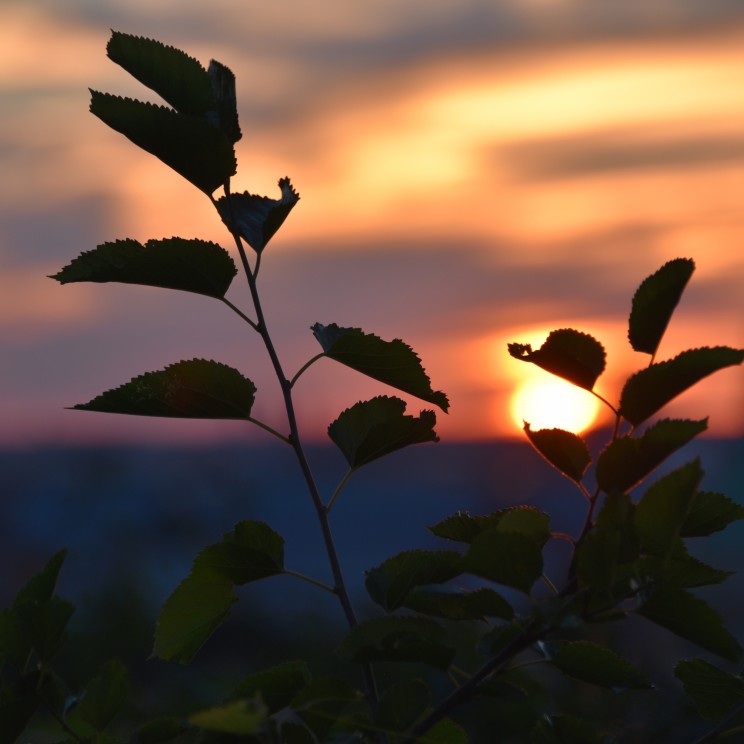 Don’t worry, that tiny dog isn’t trapped inside a bubble. It’s just another fantastic accidental illusion created by perfect timing and a camera. It would be pretty cool to have tiny bubble dogs, though. 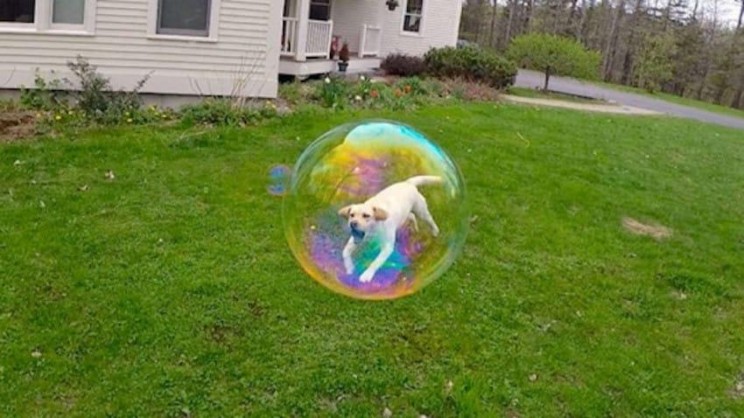 26. The Shape of Water: Revealing the Groom’s True Form

An aquarium wedding sounds like a great idea until you end up with photos like this. Then it seems like the best idea ever. Who else is going to have a wedding photo of themselves kissing a shark? 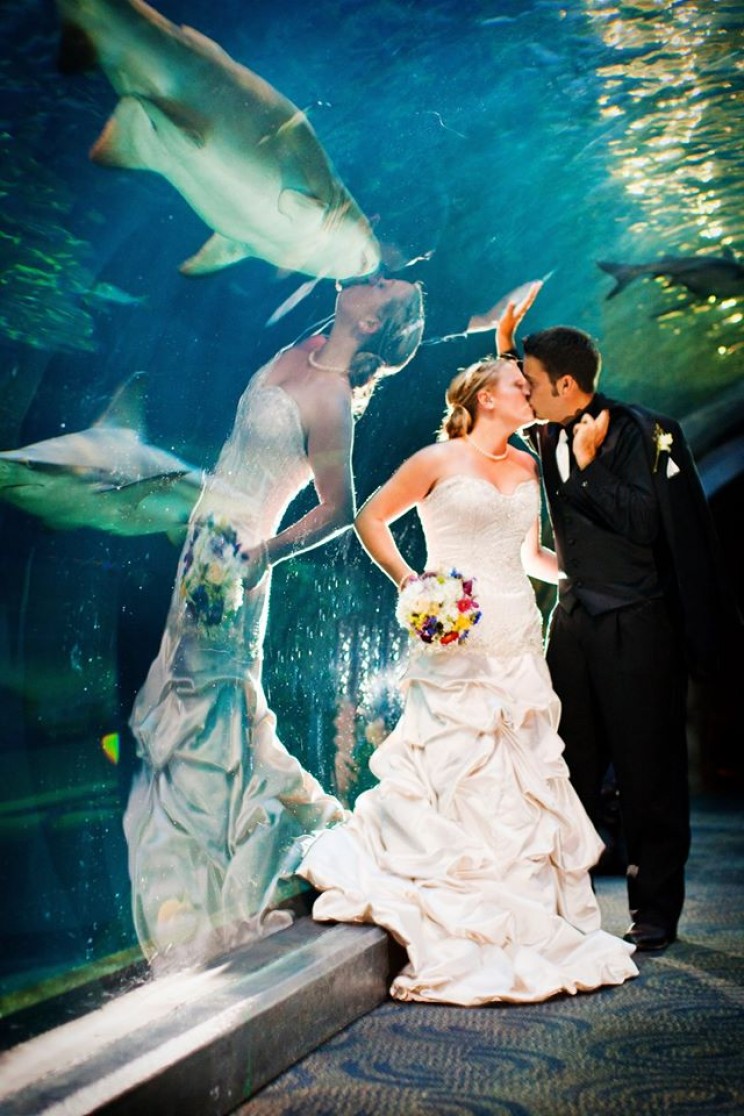 27. He Knows: Learning Your Own Name

This clever little kookaburra knows his own name and is proud of it. This fantastic well-timed photo captured the little bird as he introduced himself to the rest of the world. 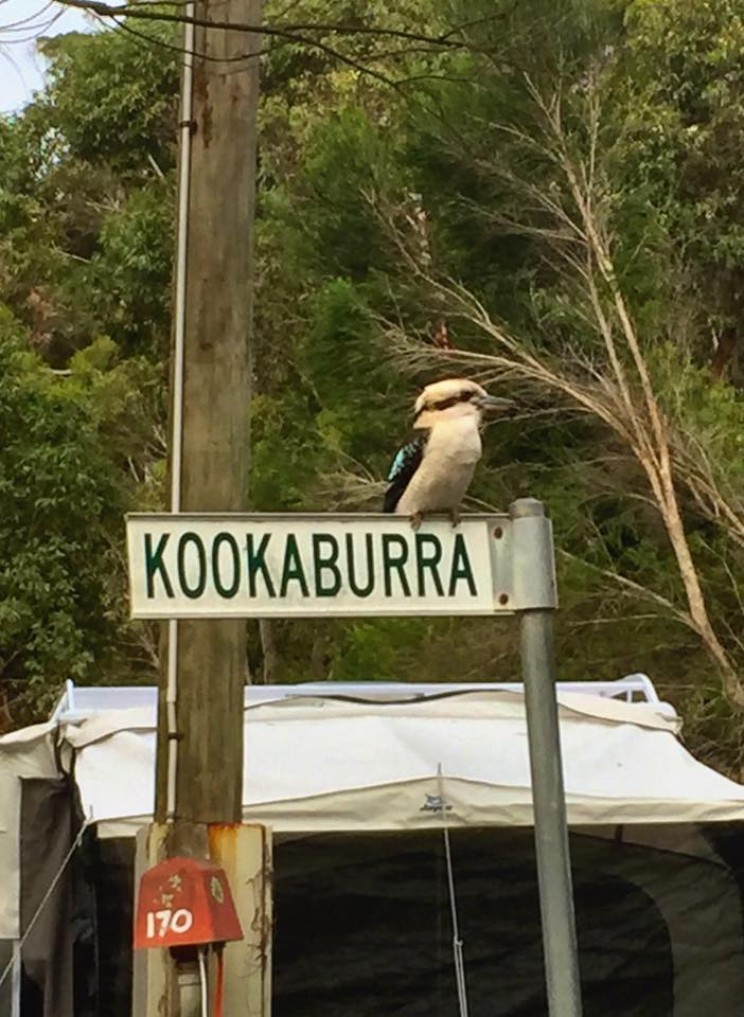 28. Another Head-Scratcher: Seeing One Instead of Two

What is it about swimming kids that makes them disappear into the nearest adult? Here’s another example of a tricky toddler whose head seems to blend in with their dad’s. You’ll be staring at this one a while before you figure it out. 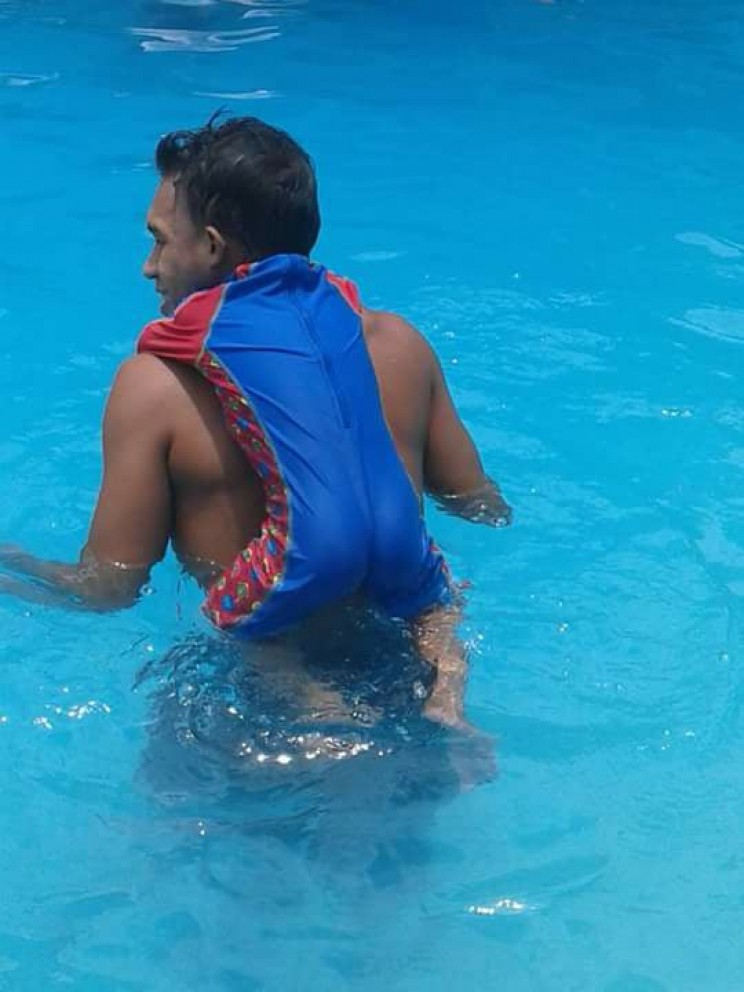 Perfectly Timed Photos That Will Make You Look Twice